Be first to read the latest tech news, Industry Leader's Insights, and CIO interviews of medium and large enterprises exclusively from The Manufacturing Outlook

Thank you for Subscribing to The Manufacturing Outlook Weekly Brief

First question is something about the topic of interest about the future of clean ammonia for manufacturing. Could you talk to me about reducing carbon footprint and how Ammonia could play a significant role in a green energy future?

I’m a chemical engineer by background. I’ve spent most of my career in the chemical and agricultural industry. A couple of years ago, we started to look from an environment, social and governance (ESG) principles, and sustainability perspective.

We want to set targets and goals for ourselves as we look to decarbonize not only just our company, but learning how to contribute to the decarbonization of the agro sector and chemical industry in general. Initially, we really looked internally in terms of initially reducing our scope one and scope two emissions. To modify existing facilities that we have in 11 ammonia plants across our organization, they are all traditional technology. So we really looked at what could we do to reduce the energy footprint, what could we do to reduce CO2 emissions?

In a big part of that, early on we collaborated in Alberta as well as in Louisiana with a couple of companies that were doing sequestration for enhanced oil recovery at a facility in Redwater, Alberta. We also have experience in the Geismar, Louisiana plant, where an internal ammonia process creates CO2 of a very high purity and quality and compresses it, later utilizing it for enhanced oil recovery and important in terms of expanding our two facilities. Beyond that we set ourselves the goal to reduce our carbon emissions by 30% from an intensity basis using a 2018 baseline to get us to 2030. As we look at more future opportunities, we could develop a plant with a goal to capture up to 95% of the CO2 production and compress it, and then either sequester it from a CO2 sequestration process. Ammonia has an important nutrient benefits from an industrial energy side, and decarbonization of other industrial products, or industrial customers to reduce CO2 emissions. There are multiple possibilities, and based on that, we searched for technologies offering us the potential to hit that goal. We started developing our “Clean ammonia project,” working with a technology provider site called ThyssenKrupp Uhde technology from Germany. We were looking at what we could do in terms of developing and partnering with ThyssenKrupp Uhde technology in developing a scope that would allow us to be able to achieve that reduction, and that’s what we’ve proposed for clean ammonia project.

When we look at the market space, what are some of the opportunities of using clean ammonia as a fuel? Can you just talk to me a little bit about that?

In particular, there’s a significant opportunity from the perspective of decarbonizing the marine industry. This is really about reducing the carbon footprint of the shipping industry. The International Marine Organization really set a pretty aggressive target towards their reduction goals. Ammonia really could play a key goal or a key role, I should say, in terms of achieving their reduction targets towards 2050. As ammonia combustion doesn’t produce any CO2 emissions, that’s the first benefit as a fuel replacement to utilize it as an energy source. Asia leads an example, and in particular in South Korea and Japan is utilizing coal combustion. Typically, coal-fired electrical generation can supplement with ammonia to reduce the carbon footprint of that fuel source and use it to generate electricity. They would offset potentially 20 to 30% of their coal usage and replace that with ammonia that would have no CO2 emissions.

Ammonia can also be utilized as a fuel carrier and growing interest in terms of hydrogen as a fuel source within various industries, even with the challenge of transporting hydrogen. For that reason, Industries are looking into technologies that would allow them to carry ammonia in liquid form throughout the world, where it could then be broken down into hydrogen and used locally, rather than needing to transfer hydrogen, which is challenging to do globally.

Is there any particular challenge that use of ammonia will be bringing to the industry when we look at the overall market space there?

Probably the main component is where we work with our industry partners, by making sure that we have the logistical capabilities in terms of shipping ammonia all over the world. And making sure that those logistical capabilities are there, not only to support the marine industry, but also to support locally, whether it’s in Japan or South Korea to get ammonia to the local sources and able to utilize it. Also making sure the infrastructure is in place as it is a key enabler and a key component is to get valid industry certification process. The other important part is where our company Nutrien is taking a leadership role by being the first to provide an actual clean ammonia product, that eventually will serve the markets working with other industries and then be able to utilize that ammonia knowing that it’s been certified and that it has a low CO2 footprint.

Can you talk about projects that you have recently worked in terms of the clean ammonia space in particular?

Our current project is in partnership with our technology provider, ThyssenKrupp Uhde technology, to evaluate the construction of a 1.2 million ton ammonia facility in Geismar, Louisiana. The reason for choosing Geismar facility is threefold. The first component is obviously, it has a reliable and efficient supply of natural gas. Second, it does have the CO2 infrastructure that already exists and we currently capture CO2 and sequester it from our Geismar facility. On top of that it has waterborne access, on the Mississippi River, and we will have the ability to develop and ship ammonia anywhere in the world. We selected our technology provider and currently processing into the engineering phase to make final investment decision and on the right track to move forward by 2027.

What would be our, our piece of advice for the budding professionals in the field to the usage of ammonia for the future?

I will start by stating that ammonia is undoubtedly a crucial nutrient. We had no idea how the opportunity will change when we were helping to feed the world as a nitrogen provider for agro-based industry and other sectors four or five years ago. For those who are interested in this industry, it is undoubtedly challenging but also offers great potential in terms of how ammonia can be utilized to decarbonize not only the agro-industry but also other related industries, such as maritime fuel, the energy sector, or fuel carriers. I would suggest to exploring ways to approach different opportunities and get an advantage by fusing several technologies. In addition, that’s the thing that’s unique about what we’re doing, is we’re taking different technologies, putting them together in order to be able to develop a project that has a 90-95% carbon capture capability. This hasn’t been done before at a large scale, it’s really having that foresight of what technologies are out there, how do you combine them and then having the support of an organization for our company Nutrien to be able then to go out there and construct this facility. The thing that makes it special is that we’re combining various technologies to create a project that has a 90–95 percent capability to capture carbon. It takes foresight to understand availability of technologies and how to combine them to attempt in such a huge scale. We also receive support from other organizations for our firm, Nutrien, to be able to go forward and build this facility. 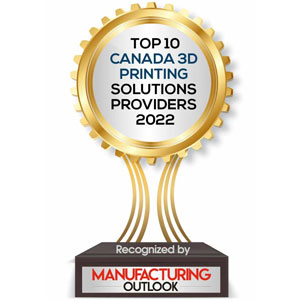 Changing Faces of the Manufacturing Industry

The Smart Factory in the Future Beverage Industry

Innovating Technology in Response to Adversity

Food Industry of the Future

However, if you would like to share the information in this article, you may use the link below: